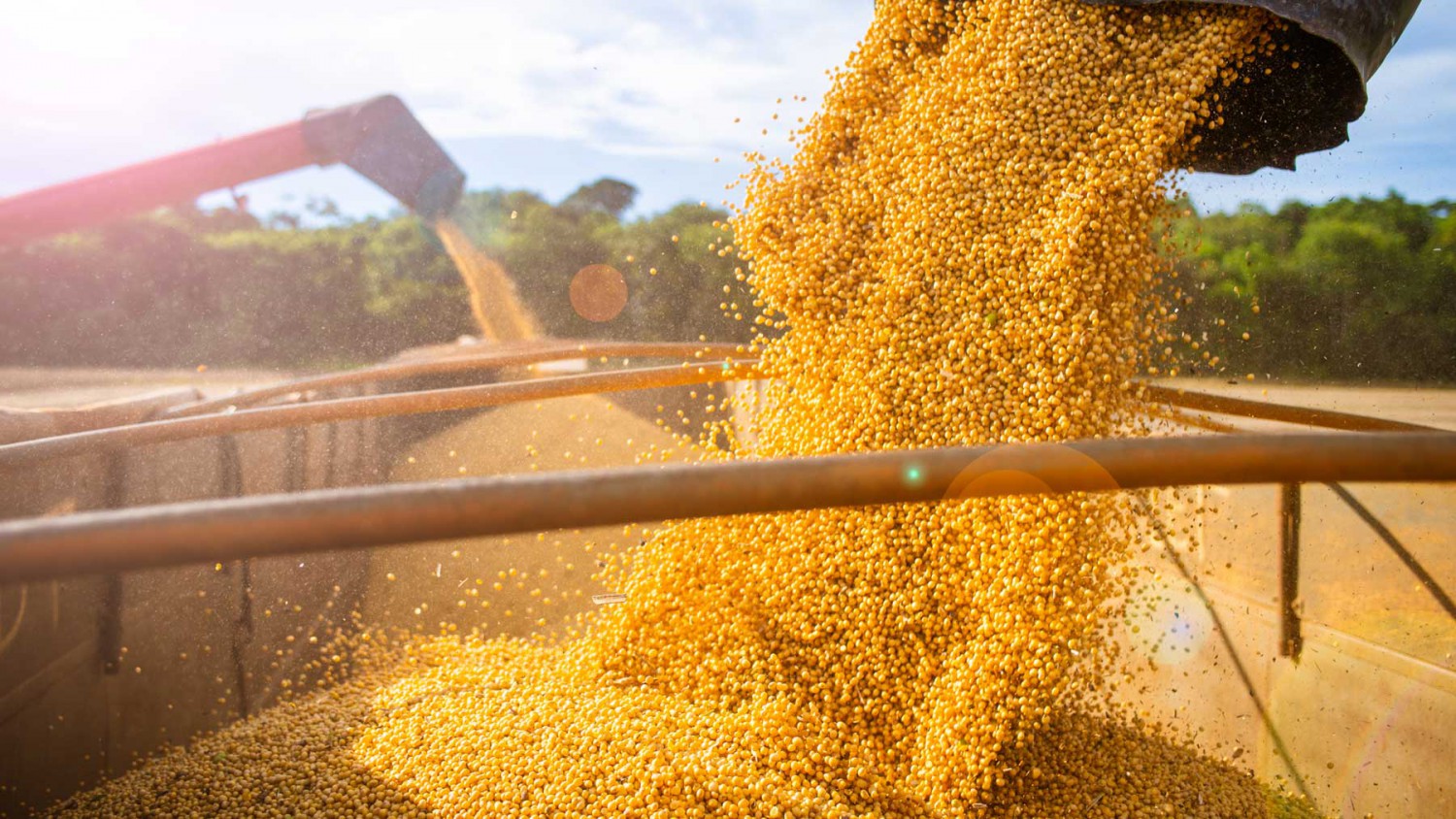 By Philippe Chalmin  •  1 year ago

Study Group Cyclope discusses the impact of coronavirus on commodities' demand and predicts that prices should remain depressed in 2020. There are some exceptions, though, like palladium and wheat.

Raw materials and commodities prices are, as usual, on the front lines whenever disaster strikes the planet and the coronavirus is a case in point. At the opening of the markets, following on from the return from the Chinese New Year holidays (vacations that were also rather fraught), the markets collapsed.

In Dalian, iron ore lost 8% (the maximum tolerated) as did palm oil. In Shanghai, the decline was the same for steel, rubber and copper. For copper, it was only a reflection of the fall of the LME at the end of January. Base metals lost an average of 11.1% in the second half of January.

As for oil, despite the Libyan chaos, it fell below $55 a barrel for Brent. In Chicago, the soybean contract is on the wane as there is doubt about China’s ability to deliver on its “phase 1” agreement signed 15 January with the United States.

Within just a few days, the coronavirus has eclipsed almost everything else in world news. Davos with Donald and Greta is almost passé. Libya and Venezuela are forgotten. The death of General Soleimani and the tensions in the Gulf are yesterday’s news. The American peace plan in Israel and Palestine leave no impression whatsoever.

In its time (2002-2004), SARS, which was much more harmful, did not focus as much attention. At the time, China, which had just joined the WTO, was far from weighing so heavily on the economy and on international trade as it does today. Today, China barely sneezes before the world worries and starts to catch cold: a cold, and then the flu.

Not All Commodity Prices Will Remain Depressed in 2020

The world markets have hence started the year in the red and the CyclOpe forecasts published on 20 January predict prices that should remain depressed through 2020. There are nevertheless some exceptions at the start of this year starting with palladium, which has gone a little mad with excesses at $2,500 an ounce and rhodium, which almost reached $10,000. But we can also mention the firmness of the wheat market served by strong global demand and the rebounds in coffee and sugar.

Conversely, this winter of 2020, which is clement almost everywhere, has been fatal for natural gas where all the markets (United States, Europe, Asia) have converged to reflect particularly depressed levels—less than $2 per MBtu in the United States and under $4 in Europe and Asia. This, too, is a factor driving oil prices down, which at least could strengthen the place of natural gas in the energy transition.

In this regard, we repeat what Axel Weber, the head of UBS said in Davos: “The price of carbon will become like LIBOR for global finance”.

If only that were true!

Following statements by Malaysian Prime Minister Mohatir Mohamad about Indian policy in Kashmir and then about the new citizenship laws, the Indian government strongly “discourages” the purchase of Malaysian palm oil which, with 4.4 Mt in 2019 is India’s main supplier (9 Mt of imports). To make up for it, Malaysia will buy a little more Indian brown sugar. But in January, India imported only 70,000 t of palm oil from Malaysia against 253,000 t in January 2019. And in February, that could fall to 10,000 t.

On the other hand, for the first time in ten years, Chinese production of aluminium decreased: by 0.9% to 35.04 Mt according to the National Bureau of Statistics. Finally, the cumulative production of the ten main non-ferrous metals (Cu, Al, Zn, Pb, Ni, Sn, antimony, mercury, magnesium, titanium) reached the record level of 58.42 Mt in 2019, up 3.5%.

In the Phase 1 agreement between the United States and China, China therefore undertook to buy $12.5 billion more agricultural products in 2020 than in 2017 ($24 billion) and $19.5 billion more than in 2021, all this “at market conditions”. China has also committed to purchasing two rare earths, scandium and yttrium.

Palladium has gone through some crazy days amidst a shortage of available metal: the spot market price rose on 17 January above $2,500 an ounce. The backwardation has continued to increase as South African production fell by 13.5% in November 2019. According to a Reuters survey, the 2020 average price will be $2,000, and $1,700 in 2021. For platinum, the forecasts are respectively $948 and $1013.

In line with palladium, rhodium also experienced a surge in January rising from $6,040 to $9,975 an ounce, a few dollars short of the record of $10,050 reached in 2008. These are of course very narrow, out of stock spot market prices, but we find the same fundamentals as palladium: problems in South Africa, automobile demand, but nevertheless a market which was in slight surplus. In 2008, an ounce of rhodium fell after a few months at $1000!

The First “Victims” of the Coronavirus

The United States is in the midst of negotiating a trade agreement with India (Trump meets Modi in Delhi in February). They are calling for an increase in Indian purchases of agricultural products to at least an additional $5 billion, including frozen chicken. India is said to have committed to almonds, apples and…scrap metal.

Copper fell victim to the coronavirus and by the end of January had lost 7% on the LME since the beginning of the epidemic at $5700 per tonne. However, a Reuters poll (conducted before the epidemic) gave an average price in 2020 of $6,214 (cash) with a market deficit of 160,000 t.

Palm oil is one of the main victims of the coronavirus: in Dalian, the price collapsed following the return from Chinese New Year holidays. In Malaysia, the decline in January was 15% in total after a 46% increase in the last quarter of 2019.

China announced a new outbreak of bird flu on 1 February that may jeopardize poultry meat production. In addition, the blocking of Hubei province calls into question the feeding of more than 300 million chickens.

The wheat market is benefiting from a favourable conjuncture at the time of the big auctions of importing countries like Egypt, Algeria, Turkey (which paid $245 per tonne cf for Russian wheat), and some new markets like Pakistan. Russian wheat quoted by Platt’s (FOB) reached $233 per tonne.

Market Prices: Cotton Trade Is Up 2%

A little known market: that of pasta. The EU and Turkey import durum wheat and re-export pasta to the United States and Japan for the EU, and sub-Saharan Africa for Turkey. World pasta exports represent a total of 5.5 Mt of durum wheat equivalent.

Gécamines congolaise are going to create a structure to buy strategic metals (cobalt, germanium, tantalum) hitherto produced by craft industries and which have been the subject of a black market dominated by Chinese traders.

Agreement in Germany for the start of the closure of coal-fired power plants: the first in 2020 in the Rhineland for a total over two years of 15 GW. However, a new plant will be opened.

In the margins of Davos, the economist of the IEA, Fatih Birol, estimated that in the first half of 2020, the world oil market would be in surplus by a million barrels / day: an increase of 1 mbd of the demand, but 2 mbd of NOPEP (United States, Norway, Guyana…).

The Impact of Coronavirus on Oil Demand

Europe is expected to further increase its LNG imports from 85 Mt in 2019 to 100 Mt in 2020, which will have an impact on prices. In December and January, the price in the Netherlands fell to €12.10 per Mwh or the equivalent of $3.95 per MBtu. Some analysts say spot prices could fall as low as $2.4 MBtu in the spring.

Last minute: at the beginning of February, the markets wondered about the impact of the coronavirus on Chinese demand for oil. Some figures going as high as 3 mbd have been circulating. More realistically, there is talk of 250,000 bpd to 500,000 bpd, the most affected product being kerosene (jet fuel). In any case, it is said that OPEC+ would consider a further reduction of its quotas by 500,000 bpd.

Russia hardly seems to be affected by OPEC+ commitments. In January, its oil production (with gas condensates) amounted to 11.28 Mbpd, the highest since August 2019.

The United States is about to lift its sanctions on the Chinese shipowner COSCO and its subsidiary in Dalian, which manages around 40 tankers, including at least 25 VLCCs, which had de facto been out of the market for three months. This should push freight rates down.

Philippe Chalmin is a Member of the Council of Economic Analysis appointed by the Prime Minister, he is the Founding Chairman of Cyclope, the main European research institute on commodity markets which annually publishes the Cyclope report on the economy and global markets. In October 2010, he was appointed Chairman of the Observatory on Agricultural and Food Prices and Margins (Ministry of Agriculture and Ministry of Economy and Finance). He is the author of close to forty publications, including the most recent “The World is Hungry” (2009), “Le siècle de Jules” (2010), “Demain, j’ai 60 ans, journal d’un économiste” (2011) and “Crises 1929, 1974, 2008 Histoire et espérances” (2013). He is a graduate of HEC, holder of the agrégation in history and Doctor of Literature, Philippe Chalmin is Professor of Economic History at Paris-Dauphine University where he directs the Masters in International Affairs. 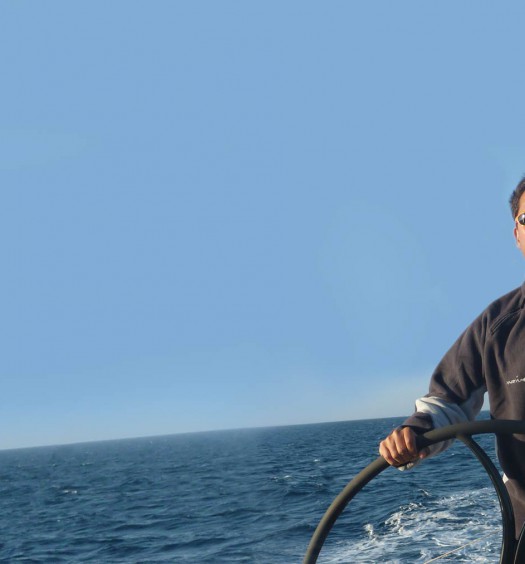 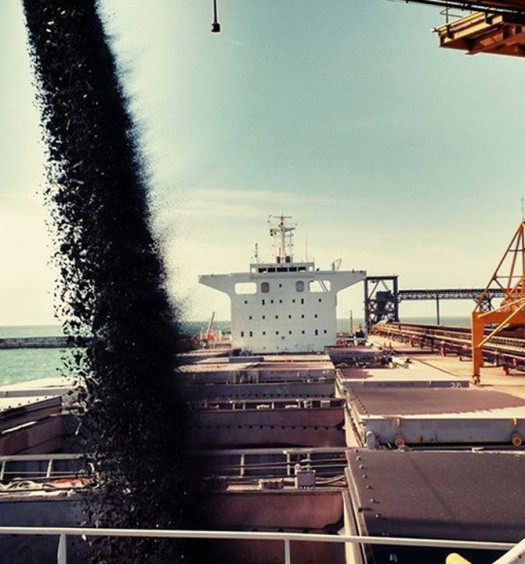